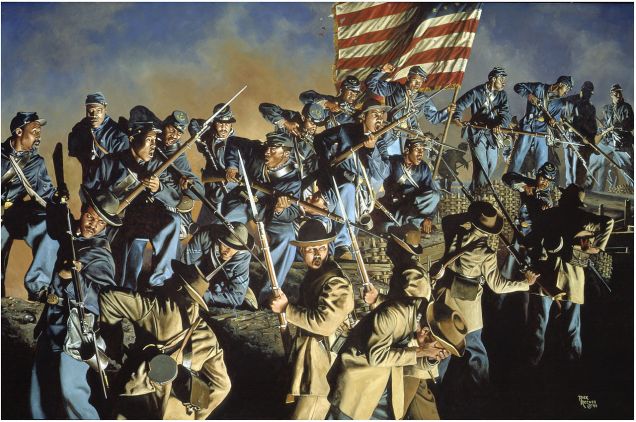 I expect we’ll see a great deal of commentary this week on the events of 150 years ago today, highlighting the efforts of the 54th Massachusetts and its colonel, Robert Gould Shaw, to take Battery/Fort Wagner (we see both) to take this Confederate position. I’m sure many people will make reference to the movie Glory, which awakened many people, it seems, to the notion that African Americans fought for their freedom during the American Civil War: by 1864 one out of every seven Union soldiers was African American, according to some accounts.

There were real pioneers in telling this story, including Luis F. Emilio (who served in the 54th), George Washington Williams, and Dudley Taylor Cornish. They reminded us of the service of the 54th, and both Williams and Cornish reminded us that the 54th was simply one regiment: the black military experience was so much more than that. Sometimes the story of what happened on July 18 is also detached from the larger tale of repeated Union efforts to get at the Confederate defenses around Charleston (contrary to the claims of Glory, the Confederates eventually abandoned Wagner). And there are those folks who like to point out the shortcomings of Glory for various reasons.

To me one of the most interesting dynamics in how this moment in the history of the 54th Massachusetts is portrayed (and we forget that it would fight again) is in the relationship between Shaw and his men and how we in turn view Shaw. I recall that when the movie came out that one reviewer criticized Matthew Broderick’s portrayal of Shaw as too weak: the reviewer preferred a Chamberlain-like rendering. In fact, however, Broderick came close to nailing Shaw, and a slightly different (and more faithful to the historical record) movie would have shown us a Shaw who I find more sympathetic precisely because he wavered and hesitated.

However, the killing of Shaw soon became a centerpiece of images of combat at Fort Wagner. For example, the chaos of battle often looks like this: 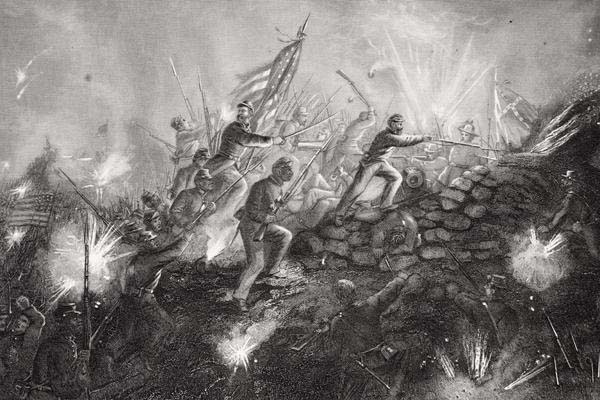 Shaw is nowhere to be found here. Elsewhere, however, he was the center of the piece: 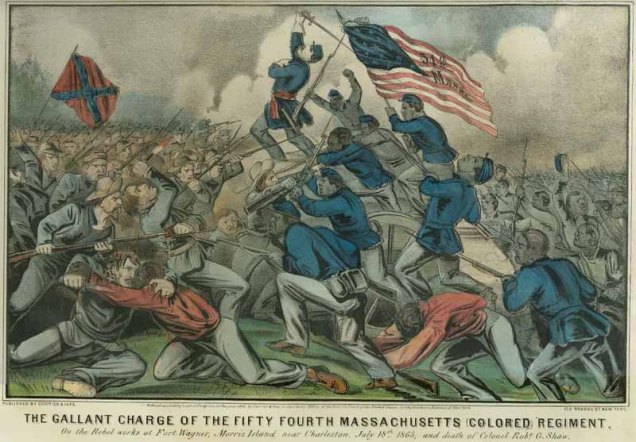 That evolved after the war into this: 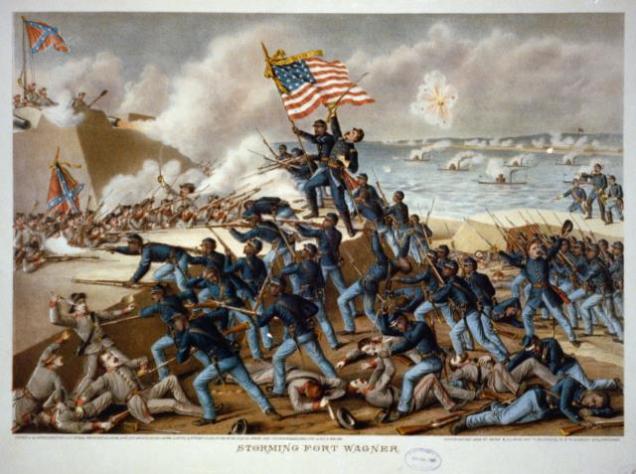 And by the time it came to the movie, there was this, which I thought was just too much. 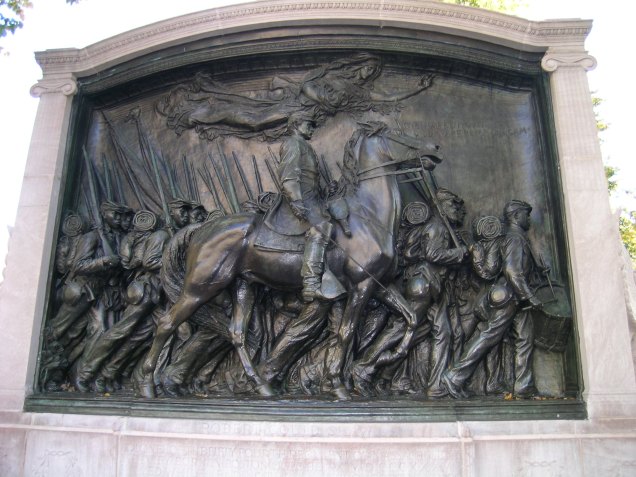 Maybe Shaw’s family had it right after all when they suggested that the best resting place for Shaw was in a burial trench alongside his men, because they were all part of the same enterprise, and there was no reason to elevate Shaw.

Now, there are some recent images that have moved away from focusing on Shaw. One is at the top of the post. Another is here: 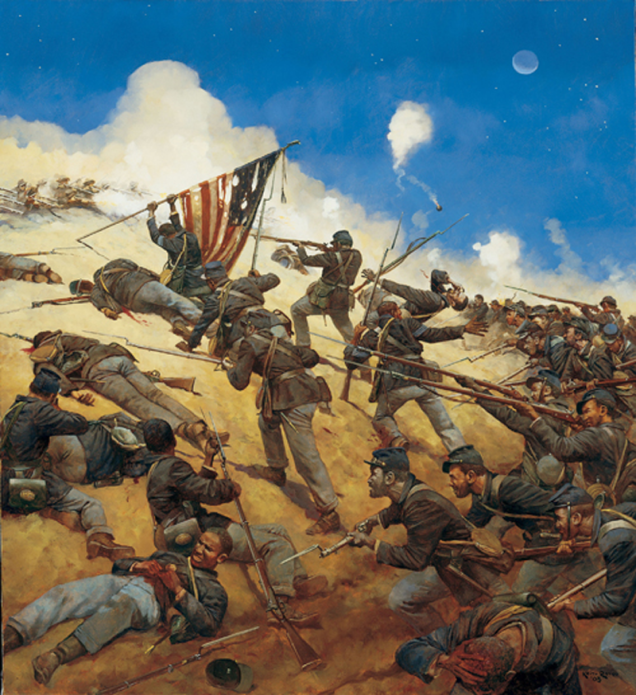 Much more has been written about Shaw and Civil War memory (especially when it comes to the Shaw Memorial); we’ve also often focused on Battery Wagner (as opposed to Port Hudson and Milliken’s Bend) in terms of the impact of the battle on impressions on whether blacks would fight and how would they fight (here the contrast with the New York draft riots becomes obvious), and people have wrestled with the representativeness of the 54th’s experience.

What I’d like to suggest is that those of us who study Civil War memory (and goodness knows how popular that approach has become in the last two decades) recall that memories continue to be made, and someday our memory of past memory is going to come under scrutiny as well. So, while it’s all well and good to remember the events of today and highlight the 54th and Shaw, let’s also remember that the story of the black military experience continued in ways that we need to examine more closely.