You knew this would happen.

One of the reasons some people single out Tripp Lewis when it comes to the Virginia Flaggers is because he tends to embarrass the very movement he likes to embrace. Arrested for trespassing on the grounds of the Virginia Museum of Fine Arts, Lewis did his best to try to turn a bid for celebrity into claims of brutality. We will see how that turns out.

Given his love of publicity, he also had VCU film student Rob Walker film his visit to a cemetery …

… and then it was Lewis who shared with Susan Hathaway Walker’s claim that Walker had single-handedly fended off folks who were intent on vandalizing a Confederate monument. Susan Hathaway admitted to Lewis’s involvement in the incident, which, upon investigation, was revealed to be a fabrication. Lewis remained quiet … very quiet. That’s unusual for him.

However, Lewis emerged once more in the aftermath of the news that the Virginia Flaggers planned to erect a flagpole south of Richmond along I-95. I decided that readers might enjoy learning about the previous antics of the Flaggers so that everyone would learn more about them, including Lewis. 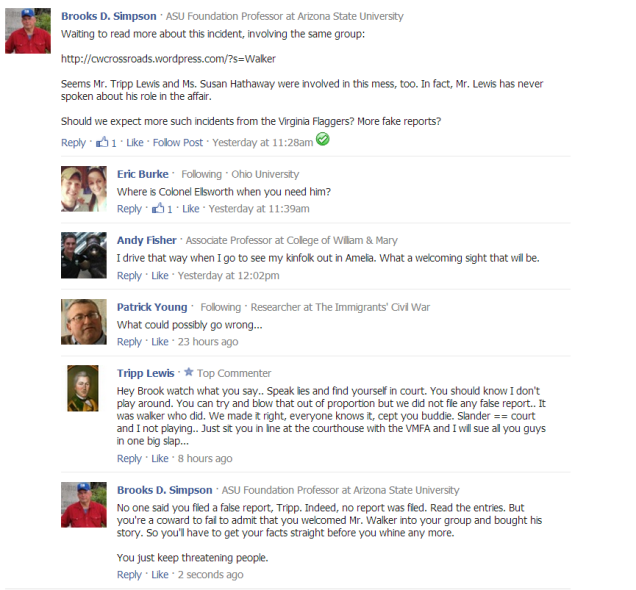 Is it part of the Virginia Flagger approach to embrace notions of victimization and make false statements? How about the usual threats? Misrepresentation? After all, it was Susan Hathaway herself who pointed to Tripp Lewis as her initial source of information about the Walker episode, and Lewis was the Flagger who had befriended Walker (and got some publicity as a result). The report of vandalism was a fake report. Hathaway endorsed it and shared it. Then she found out that she had been duped … and on the recommendation of Tripp Lewis.

As Hathaway told the story…

On Thursday, May 9th, I was on my way back from the Stonewall Jackson Shrine at Guinea Station when I received a message from Va Flagger and friend, TriPp Lewis. He stated that Rob Walker, the VCU student who had been following the Va Flaggers for the past 6 months and filming our efforts for a documentary, had just called him to report that he had thwarted an attempted vandalism at the Jefferson Davis Statue on Monument Ave., on his way home from his final exam at VCU.

Shortly thereafter, I was phoned into a three way call, and Rob repeated the description of his story. As you can imagine, we were taken in by his dramatic and breathless account of the events. He even sent us these photos of the taser/club that was used at the scene.

But that wasn’t all. 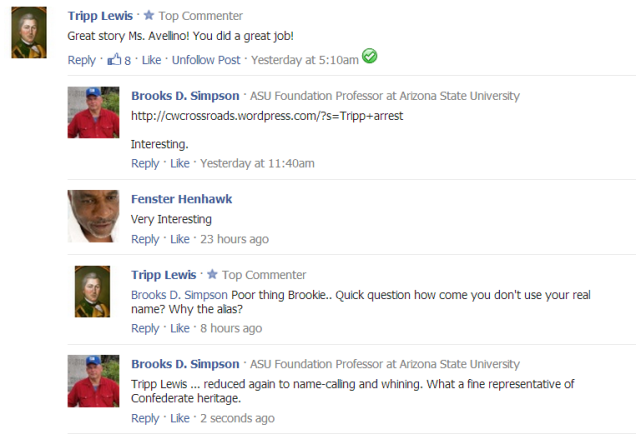 I have no idea who “Fenster Henhawk” is, real or pretended. Funny that Tripp whines about slander while he makes a false claim. But it’s also an excellent way for Tripp to try to divert readers’s attention to his previous activities. Why?  Is he ashamed of them? You would think that if he was proud of them, he would point to the links with pride.

Is this the best that a Confederate heritage advocate can do? Perhaps. For, as we are about to see, one can do worse … 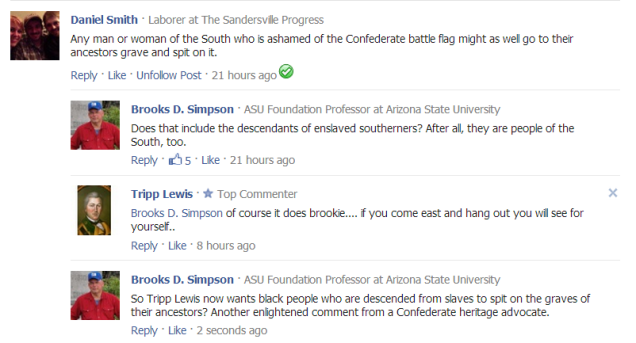 And there you have it.

For people who mock Confederate heritage and ridicule its advocates, Tripp Lewis is the gift that keeps on giving. 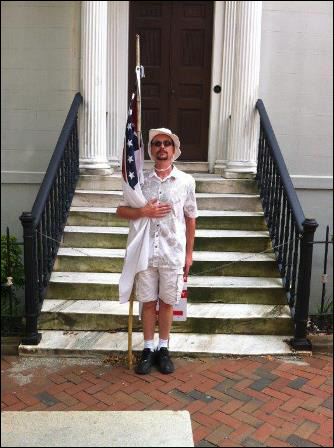