Well, today, upon completing his community service, Tripp Lewis went to court, where the trespassing charges filed against him for this incident were dismissed. As Flagger Grayson Jennings reported some time ago, Lewis will also have to keep his distance from some folks (one wonders why that was necessary …):

There is no admission of guilt and no new restrictions placed on TriPp going forward, other than an order that prevents him from going within 300 ft. of the residences of certain board members and officers of the VMFA.

There is a token amount of community service required. TriPp had hoped to fulfill this requirement by volunteering at the Confederate Memorial Chapel, but his offer was refused by the Lee-Jackson Camp. Instead, he will spend his time helping with Confederate grave locating and marker restoration.

Some people celebrated this as “Great News!” and the like … but the fact is that what happened was the result of what one might call an old-fashioned de facto plea bargain, the details of which appear to have escaped people who denounce what they claim is lying by omission. Seems they’ve gone ahead and done just that. Let’s call it what it is: a negotiated settlement reached some time ago.

Once more, Tripp had no comment about his role in the Rob Walker story. But we’re glad to see he’s a free man. Otherwise he could not provide us with more entertainment. 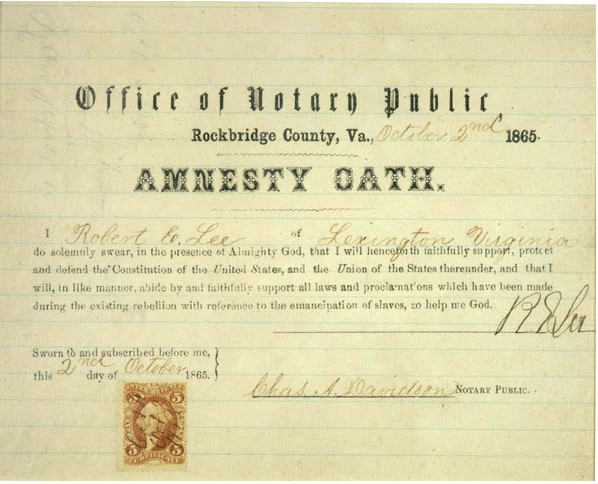 One of the favorite topics discussed by people who are fascinated by Robert E. Lee is whether he committed treason against the United States. After all, Lee in 1861 had reaffirmed his oath of allegiance to the United States when he accepted his commission as colonel, and when he wavered as to what to do in April 1861, it was Winfield Scott who reminded him that under the circumstances he needed to resign his commission … and Lee did not wait to learn that the resignation had been accepted before embarking on his career as a Confederate. 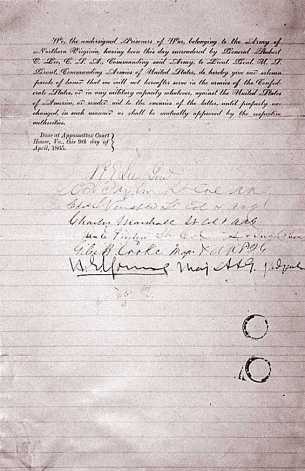 Four years later, when Robert E. Lee surrendered at Appomattox, he signed a parole, recognizing his status as a prisoner of war. Soon after his return to Richmond, and days after President Andrew Johnson issued his May 29,1865, proclamation setting forth his policy of pardon and amnesty, Lee sought clarification of his status. He had learned that he had been among a group of Confederate leaders indicted for treason by a grand jury meeting in Norfolk, Virginia, under Judge John C. Underwood.

On June 13, 1865, Lee wrote to Grant, outlining the situation. He had sought to comply with Johnson’s proclamation, but he had also learned about the indictment. What was his status? Was he still protected by the terms he signed at Appomattox? After all, he was still a prisoner of war (Johnson had not declared the war at an end). He was willing to stand trial, but if he was protected under the terms of the surrender agreement, then he wanted to file for pardon under the new proclamation … which included signing a loyalty oath (called an amnesty oath).

Andrew Johnson was not willing to grant the general his wish. The two men discussed the matter, and the president gave in after Grant threatened to resign his commission.

Eventually Lee signed an amnesty oath dated October 2, 1865, that served as a loyalty oath. It was not acted upon. Only when Johnson issued another proclamation on Christmas Day, 1868, was Lee included in an amnesty, although President Gerald R. Ford pardoned him in 1975.

Jefferson Davis never sought a presidential pardon, and he was excluded from presidential amnesty proclamations. He did not sign a loyalty oath. Johnson wanted to prosecute him for treason: what saved Davis was not any belief that secession was constitutional, but that the process to obtain a conviction for treason in a civil trial was fraught with problems. President Jimmy Carter eventually pardoned Davis.

It’s Lee’s oath that interests me the most. He was still determined to honor Confederate sacrifice and fighting spirit: thus his interest in writing a history of the Army of Northern Virginia. Nor do I think that he convinced himself that the Confederacy was wrong. But he did consider it as dead, and he chose to reestablish his United States citizenship.

Davis chose a different path. He believed he’d done nothing wrong, so he had no need to seek a pardon or sign an amnesty oath. Nor did he benefit from Grant’s intervention (and he never accepted the terms offered at Appomattox).

It remains a nice question as to which path was more admirable in the eyes of those who celebrate these two men. But it is clearly Davis and not Lee who should be honored by southern nationalists/separatists, because Lee accepted defeat (however much it hurt him) and reaffirmed his desire to be a member of the citizenry of the United States.