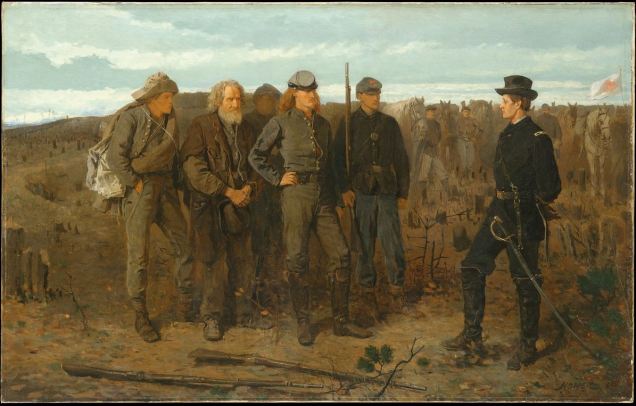 Many of you may have learned that New York’s Metropolitan Museum of Art recently put a rather large number of images online, including this rather familiar one showing several Confederate prisoners being presented to Francis C. Barlow outside Petersburg on June 21, 1864 … or so they say.

Here’s a video discussing the painting:

I’m not sure I buy the Reconstruction angle (and Barlow was not exactly a fan of Reconstruction in later years, believing that Florida went Democratic in the disputed election of 1876). Moreover, there were no black units in the Second Corps.

Let’s take a look at it in some more detail. 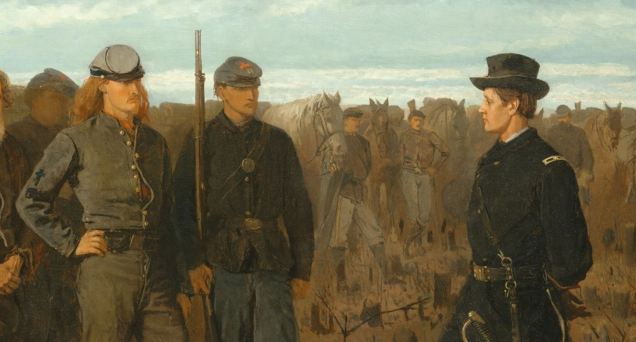 Many of you know Barlow visually from one of several photographs or from this monument at Gettysburg (I took this picture on the afternoon of July 1, 2013, the day Barlow was seriously wounded at Gettysburg). 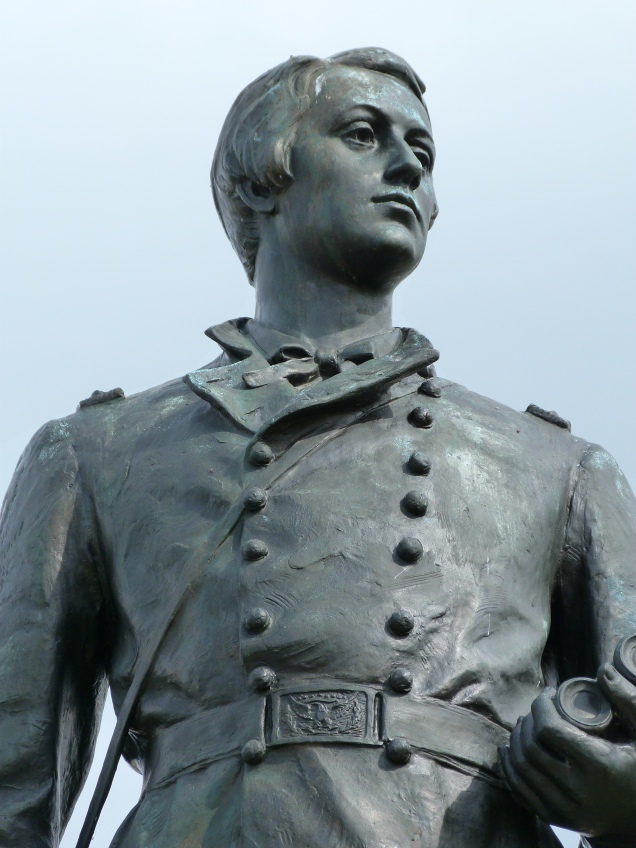 Had the commenter looked a little more closely at the painting, he would have seen that the Union soldier in the foreground of the painting came from the 61st New York Infantry, which Barlow had once commanded (none other than Nelson Miles took over for him, although by 1864 LTC Oscar Broady was in charge, and the regiment’s final commander, George W. Scott, filed this report in August).

The 61st New York saw some action on the day in question (June 21, 1864); there’s also a claim that the proper date for this image should be May 12, 1864, during Barlow’s assault on the Mule Shoe (in which the 61st New York also participated), but the scene does not resemble that day.

As for the Confederates, well, outside of this picture …

… Homer’s Confederate POWs may be the best known trio in Civil War memory. One of them may still be alive: 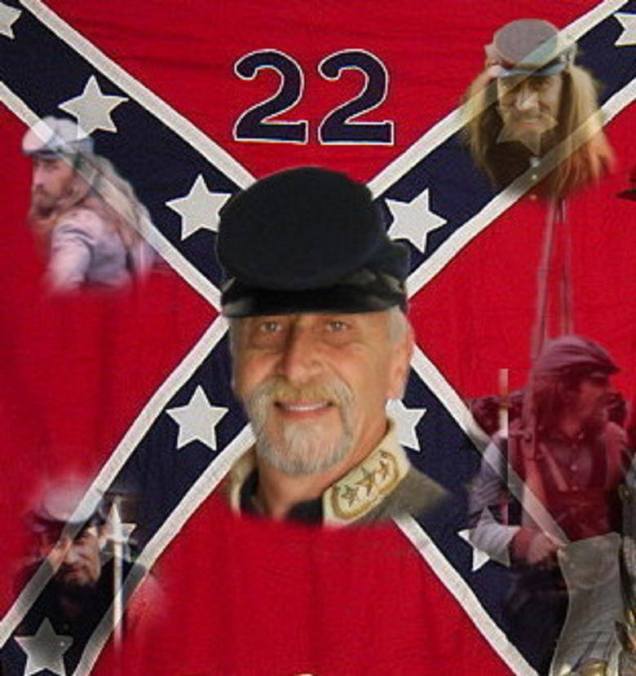 That was too easy.

Homer offered another image of Petersburg that raises some interesting questions.

“Defiance: Inviting a Shot Before Petersburg” was done in 1864, according to its current owner. Look first at the central figure: 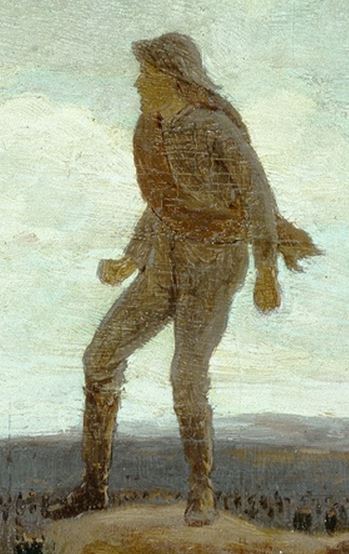 He bears some resemblance to this figure from the 1866 painting:

But that would be overlooking the real story contained in this painting: 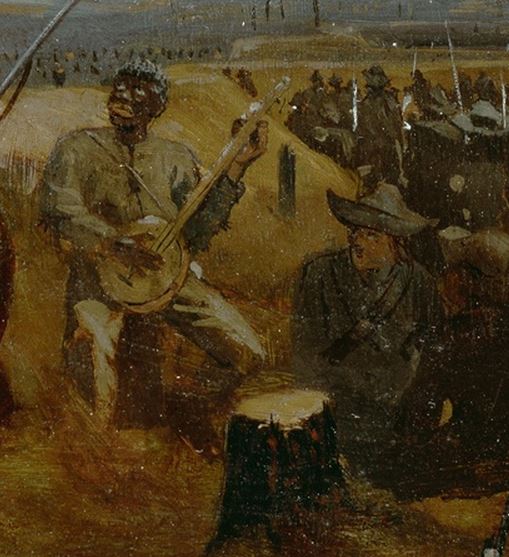 As I was finishing assembling this post, I came across a discussion of the painting here. Much of it proves supportive of what I’ve presented above (you can download a PDF of the article from here).

3 thoughts on “Upon Closer Review: Two Works by Winslow Homer”