… and help the Virginia Flaggers.

No word on whether Confederate money will be accepted.

As all eyes turn to Lexington, Virginia, for tomorrow’s protest against the decision of Washington and Lee University concerning the display of Confederate flags in the Lee Chapel and Crypt, the Sons of Confederate Veterans has moved quickly to repair a serious image problem. The national organization would prefer to have the experienced Ben Jones speak for the organization over the rather mercurial Brandon Dorsey.

Simply put, this is heads and shoulders above this:

Understanding that his initial statement opened the SCV to ridicule, Dorsey attempted to modify his statement, with scant success:

It’s a safe bet that the SCV’s national leadership realizes how Dorsey’s proclamations offer ample opportunity to ridicule the Sons of Confederate Veterans. Jones will make no such mistake. Still, as Jones, a political veteran, knows, if the function of his new job is to put lipstick on a pig, it will not take long for people to figure that out. After all, you don’t want this to be the face of Saturday’s meeting: 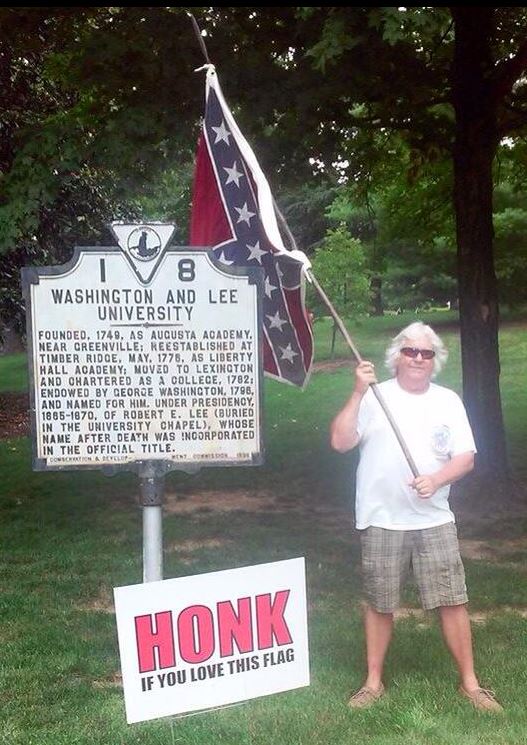 I wish Ben Jones the best of luck. He has his work cut out for him.