The Mid-South Flaggers are a counterpart to the Virginia Flaggers: they have most recently flagged Oxford, Mississippi. In their midst during that event were some members of the League of the South, as highlighted in this post.

But, unlike the Virginia Flaggers, the Mid-South Flaggers reacted differently when they discovered the presence of white supremacists at this event: 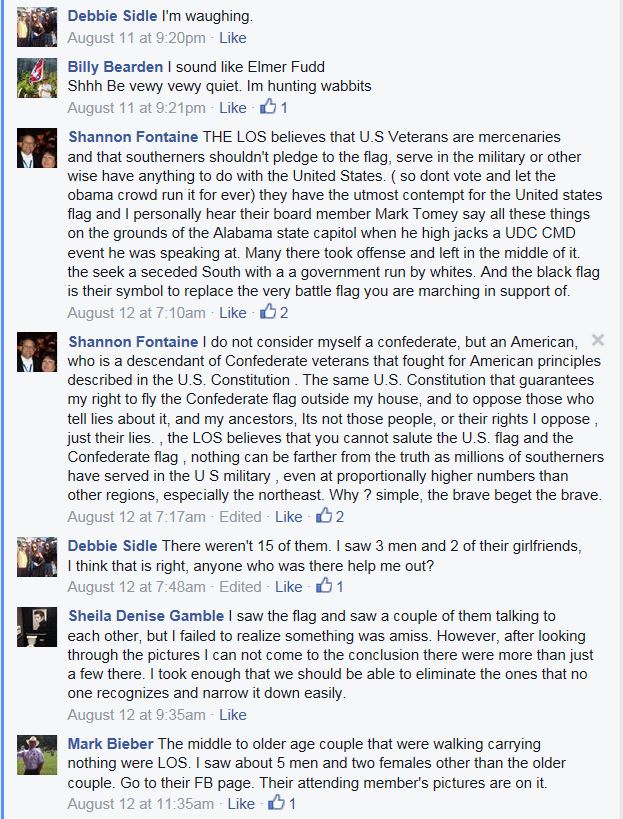 Give these folks credit. They want to disassociate themselves from the League of the South. The Virginia Flaggers don’t appear to have the same sort of gumption. And, as we’ve seen, neither did the Sons of Confederate Veterans during the event at Lexington in July.

So long as certain Confederate heritage groups fail to disavow association with white supremacist groups with the same fervor with which they denounce other folks who are critical of them, one cannot be blamed for getting the impression that the reason they don’t disavow such associations is because they have more in common than one would like to believe.

6 thoughts on “Credit Where Credit Is Due”