On April 2, 1865, the Army of the Potomac launched a major attack upon the Confederate fortifications at Petersburg. The heaviest fighting took place at Fort Gregg, a prominent Confederate position.

One of the most notable characteristics of a Kurz and Allison print is how well dressed both sides are. Look at the Confederates in regulation attire. Very snappy. Everything is so neat and clean.

The reality is somewhat different. Among those who fell that day was Ambrose P. Hill, who was cut down by a pair of Union stragglers as he tried to bring order out of chaos.

Not all representations of the assaults were so divorced from reality as was the Kurz and Allison print, produced decades after the war. Here’s a sketch by A. R. Waud:

However, I don’t know what to make of this representation by Currier and Ives:

Others sought a middle ground. 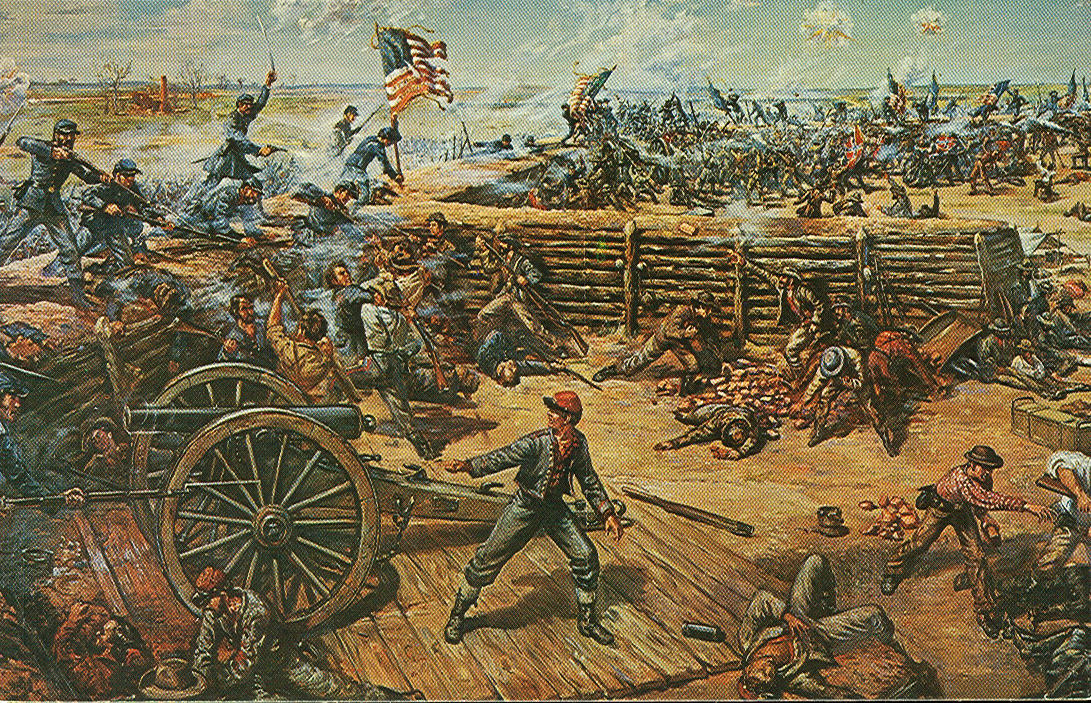 If the assaults proved bloody and costly, they were also successful. Robert E. Lee knew that if he did not evacuate Richmond and Petersburg immediately, he would be trapped by the advancing Yankees. And so on the night of April 2, the Confederate evacuated both cities, setting fire to Richmond as they left.

Somehow no one associates Lee with this act of arson. I wonder why.