As several of my readers have reminded me, Matthew Heimbach, long a favorite of the Virginia Flaggers, has made the big time.

It appears that Mr. Heimbach gained a lot of attention for how he treated an African American woman at a recent rally for Donald Trump.

This act, caught on video, made Heimbach a poster child for intolerance in the eyes of the national media, especially the Washington Post, which printed a piece that has since enjoyed wider circulation.

Thus the nation now knows what readers of this blog have known for a long time. 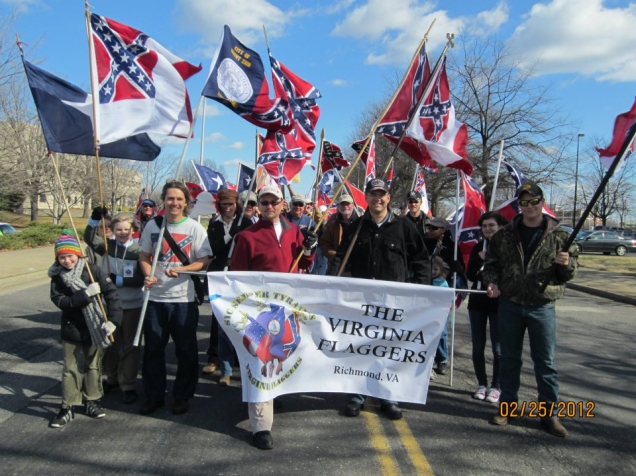 There’s Heimbach, standing next to his good friend, Virginia Flagger and drone entrepreneur Tripp Lewis, who declared that Heimbach was “a good guy.”

The Flaggers have celebrated Heimbach as one of their own, as we can recall from seeing them march together … with Heimbach alongside Susan Hathaway, founder of the group.

And the Sons of Confederate Veterans are fond of Heimbach as well, having given him an award. Here’s the then-“commander-in-chief” of the SCV, Michael Givens, posing with the man his organization honored. 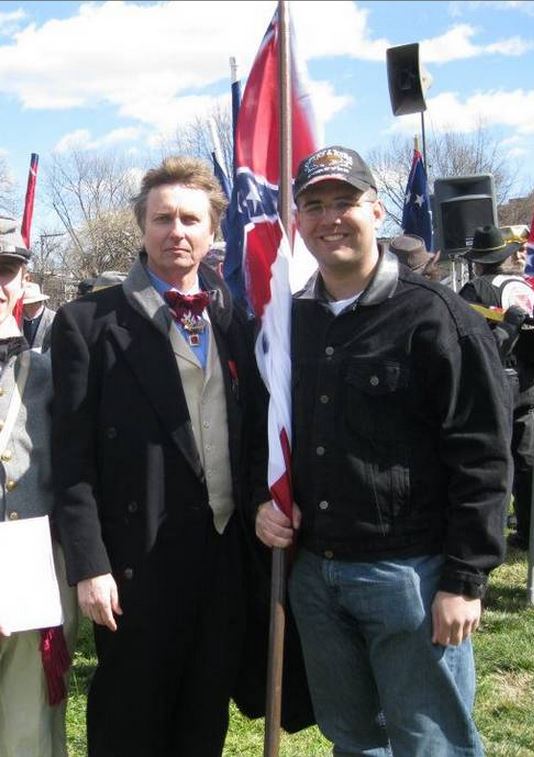 Yup, we knew about Matthew Heimbach and his friends a long time ago. Now everyone else will, too.