This is how they do it at Sea Raven Press, long known for its support of Confederate heritage correctness scholarship: 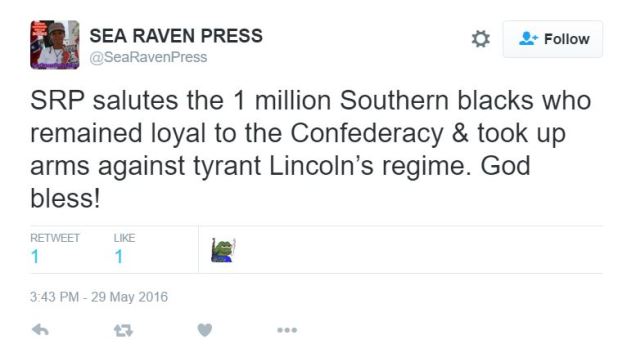 One million armed African American slaves supporting the Confederacy by taking up arms. That shows a certain ability in math as well as history. Where did they hide all these soldiers? General Lee wants to know.

And, by all means, honor the Confederate Battle Flag … like this:

Of course, there are too many stars there, and the flag is shredded, but these are mere details.

And finally, we all know that Confederate heritage has nothing to do with present politics, right? Sure … 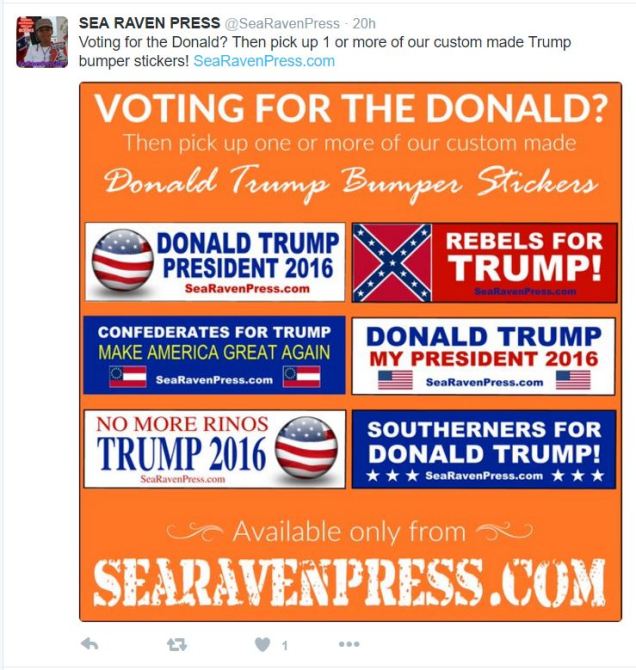 This is the sort of political correctness I’m sure some people who whine about it can get behind. Just ask Matthew Heimbach.